New Zealand’s most prestigious jumping series gets underway on Friday at the Hawke’s Bay A&P Show in Hastings.
Fittingly, the POLi Payments FEI World Cup New Zealand Series opener has a star-stacked field featuring Olympians, World Champs representatives, World Cup finalists and previous New Zealand series winners.
The trio of women who were the top of the leaderboard last season are all lining back up – back-to-back series winner Tegan Fitzsimon is in on her very special 10-year-old bay gelding Windermere Cappuccino and they’ve already won two grand prix in the build-up to the World Cup opener. Two-time final winner and current Olympic Cup holder Brooke Edgecombe (Waipukurau) is back with her very well-performed mare LT Holst Andrea, and Briar Burnett-Grant (Taupo) who was third in the series last season is in on the feisty Fiber Fresh Veroana who made history in 2018 as the youngest rider to win the Olympic Cup for Showjumper of the Year.
All are more than aware of the calibre of both horse and rider in the 2020-2021 New Zealand series. “It will be a very big World Cup season,” says Tegan, who has moved from her West Melton base in the South Island to Te Aroha in the Waikato for the season. “Given the quality of the fields, it will be anyone’s game. I will be looking for some consistency from my horses.”
Brooke feels 12-year-old Andrea has come back in well. “We’ve all had a bit of a slow start to the season but she feels good,” says Brooke who is keen to go one better than her twice bridesmaid efforts in the series. “Everyone would like to win it (the series) but it will be super strong this year.”
Briar will be giving it her all for top six in every qualifier. The combination won their first-ever World Cup start in January 2018 and while they have been on the podium plenty since then, haven’t been able to clinch another one. “We have been so close but had the last rail – that’s not going to happen this season!”
However, back on New Zealand shores thanks to COVID is Olympian and World Champs representative Samantha McIntosh (Cambridge) who will compete aboard Takapoto Alaid de Chez Nous, one of the horses she brought back with her from Europe in July. “She is adjusting very well to conditions in New Zealand and has hit the ground running,” she says. “She hasn’t done a huge amount of big tracks and there is a lot of learning for her – in Europe 99% of our jumping is on sand, so she is getting used to the grass but she is bold and very forward.”
Melody Matheson (Havelock North) will be looking for a little home ground advantage with her mare Cortaflex Graffiti MH. They’ve been doing World Cup qualifiers since 2017 with three wins to their credit. “She is feeling very good and very fresh,” says Melody. “She’s not an easy ride and a big strong girl, but I do love her and I am feeling confident coming into the opener.”
Dannevirke farmer Maurice Beatson has won more grand prix than any other Kiwi, has ridden at the World Cup final, Olympic Games and World Champs, and started in more classes than he cares to count but he’s always excited about a good class. “Too right,” he says. “It will be stronger than ever this season. Hawke’s Bay will not be easy and Roger (Laplanche, the course designer) will definitely do a challenging course.”
Maurice will compete aboard eight-year-old Central Park who is in his first season at this level.
Also on the start card is young gun Annabel Francis (Taupo) with her two showy imports La Quinara and Carado GHP. The teen is sharp beyond her years in the ring and undaunted by anything in her desire to win.
Logan Massie (Dannevirke) will be one to watch with his new stallion Bravado Ego Z while Robert Steele (Dannevirke), competing on LT Holst Bernadette, goes way back when it comes to New Zealand World Cup Series.
Simon Wilson (Waipukurau) is also no stranger to the series and will compete this year on McMillans Ariados, with Oliver Croucher (Cambridge) and Waitangi Surf more than capable of fronting the big classes. Kimberley Bird (Ashburton) lines up on Cera Cassina who won just their second World Cup start last season, with Heloise Tolo (Wellington) in on Kiwi Bird.
Course designer Roger Laplanche is promising a technical course that will fit the standard required for both a World Cup and a qualifier for the Tokyo Olympic Games. “All of a sudden this first round becomes very important,” says Roger of it being a qualifier for Tokyo. “I am under a lot of pressure to produce a very competitive course. Looking at the field, it includes some wonderful athletes and horses. I expect them all to rise to the occasion in Hawke’s Bay.”
There are six qualifiers running through to the final in mid-January, with four counting towards the overall standings.
The winner of the New Zealand league usually has the chance to represent the nation at the Longines FEI World Cup Final which is scheduled to be held March 31-April 5, 2021, in Gothenburg Sweden, but with a global pandemic whether it goes ahead or not is uncertain.
Following Hastings, the World Cup Series moves to Hawera (November 22), Feilding (December 5), Taupo (December 19) and Dannevirke (January 10) with the final at the Waitemata Show at Woodhill Sands in Auckland (January 17). Both the Feilding and Taupo rounds will be held indoors with the outdoors rounds all counting towards qualifications for selection for the Tokyo Olympic Games. 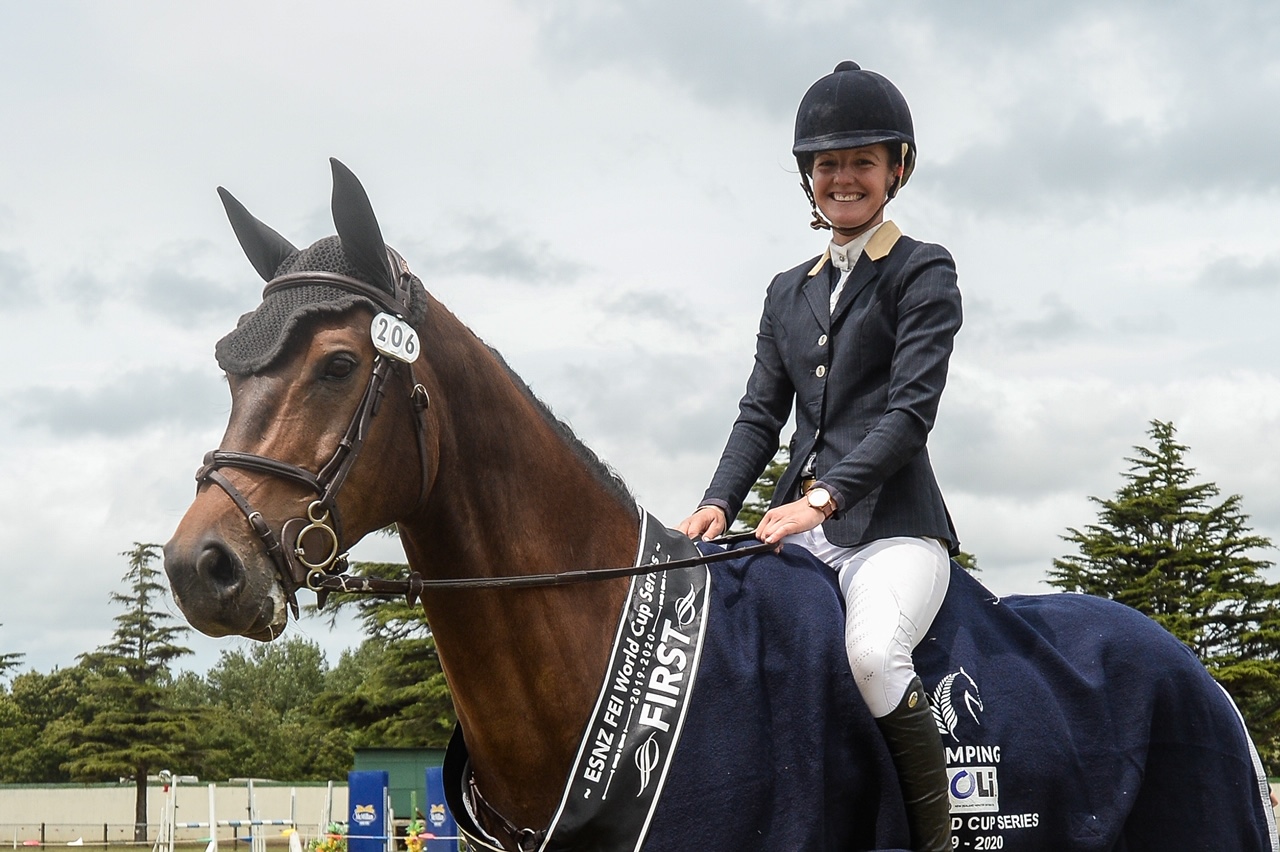