How do you as a seller deal with your horse/pony getting a bad rap?

This exact situation has arisen regarding the gorgeous Grand Prix pony, Sabrina LS, currently advertised for sale on ispyhorses.  Many have contacted us asking if we know of a great Grand Prix pony that could be coming onto the market.  We get calls from Australia.  And we repeatedly direct people to Sabrina, saying she’s been advertised for a while now, and each time it’s a similar response, “That pony has been ruined.  It’ll never be good again!”

As I’ve stated in an earlier blog, I believe it’s good to take a pony at face value.  But of course nobody is going to fork out big money when purchasing any pony or horse, unless they’re full of hope and they’ve covered themselves by doing their homework and the future looks rosy.  So how then do you convince people to take a chance and fly in the face of a bad rap and ignore the gossip that may or may not be well founded?  What will persuade a buyer to open their mind and their hearts to take a chance and welcome into their family a beautiful new pony that for whatever reason has a questionable reputation?   And how can you as a buyer know whether or not to listen to other’s opinions or when to form your own?

It may be a good time to remember that at the centre of this particular case is an outstandingly gorgeous, genuinely kind and safe, beautiful little pony that continues to do her job honestly and with integrity, and it’s all done in a straight bar rubber snaffle!  Only last weekend, Sabrina was ridden at Woodhill in the Pony Welcome 1.20m Class, by a pony rider who’d barely sat on her, let alone jumped her prior to this competition, and they placed second due only to being fractionally behind the winner on time.  Sabby was put in a few awkward spots but in her usual style, with her game face on, she pinged herself out of them and continued happily on her way to jump clear and be in the winning line-up.  Video link below.

The seller of Sabrina has decided to meet the bad rap situation head on and is offering a prospective buyer acceptable to the seller, a three month money back guarantee on the proviso that the full purchase price is paid.  It’s up to the purchaser then to insure the pony or not but regardless, if within the three month period the pony disappoints, the buyer has a legally binding money back guarantee.  Return the pony sound and you get your money back.

Further, while Sabrina remains in the care of her owner, potential buyers will be given the opportunity to ride her as often as possible.

The reasoning behind this offer is that a few years back, Sabrina's seller took a quantum leap and bought a pony that had such a bad reputation the price was dropped from $30,000 during the two years it took to sell, to $8,000.  “I was nervous as hell for the first month.  And for the rest of the time, I kept asking myself what the hell was everyone talking about?  That pony next to Sabrina was the best pony I’ve ever bought.”

No pony will continue to just jump what’s in front of it regardless of what its rider is doing.  Ponies are not cars.  They have an opinion and any pony can easily say, “No sorry, I’m not doing this!” and it can be for a multitude of reasons, but most often the single reason is that the pony is taking care of their rider and they know the rider will fall if they jump. 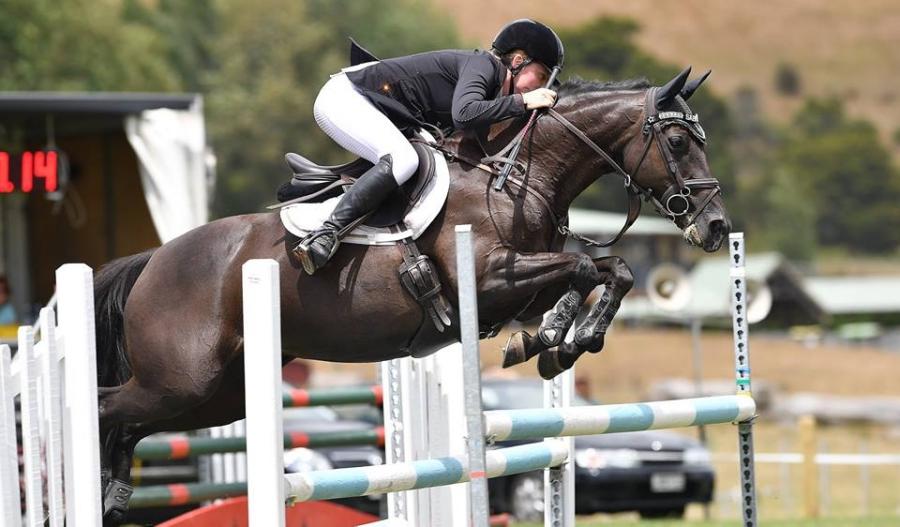