We Equestrians have heard breed stereotypes at one time or another. ''  Thoroughbred horses are hot'', ''Arabians are crazy”, “Quarter horses can't jump”, to name just a few.  While sometimes your western-bred Appaloosa jumps better than your jumping-bred Warmblood, it is factual that different breeds are bred for different purposes and the bred in conformation traits help determine what the horse will excel in. Speaking in general terms, every breed has it's pros and cons and everybody has their preferences, some well justified.  The question is, how many of these stereotypes are real and how many are simply myths? While every horse breed is stereotyped in one bad way or another, there is one breed who cops it more than all the rest.  The Standardbred.

The Standardbred is a breed of horse originally developed in North America.  In the 17th Century the first trotting races were held under saddle in America.  By the mid-18th Century trotting races were held on official courses with the horses in harness.  Breeds that have contributed foundation stock to the breed include the Thoroughbred, Narragansett pacer, Canadian pacer, Morgan, Norfolk trotter and Hackney. The name arose from the ''standard'' required of breeding stock, to be able to trot or pace a mile within a certain time limit.  The Standardbred breed registry was formed in the United States in 1879 by the National Association of Trotting Horse Breeders.

While today the Standardbred horse is seen in disciplines beyond the race track, they are still an incredibly underestimated breed of horse.   They have four legs, a mane and a tail like any other horse, but are often singled out as if a completely different animal altogether. Many Standardbred owners have been made to feel like an outcast as the judge in the show ring looks at their horse with distaste, and as their horse is 'complimented' by a stranger with a comment that in fact, puts the breed down entirely;  Such as, ''Your horse is pretty for a Standardbred.”

The Standardbred holds many stereotypes, some justified but a lot twisted and incorrect.  They are known to be an unattractive breed, so much to the point I've seen people assume 'ugly' horses of other breeds are Standardbreds, despite the conformation being completely different to your average Standardbred.

Some believe the breed cannot canter and despite some Standardbreds being bred to be trotters, some even think the breed struggles to trot and only pace from the day they are born.  They are known to move poorly.

The Standardbred is falsely known to be a poor jumper, the comment '”He's such a good jumper for a Standardbred!'” heard far too often.

A lot of people believe the Standardbred is good for nothing more than a farm hack beyond the race track.

These are only a few of the stereotypes on the Standardbred horse.

The truth: Standardbreds weren't originally bred to be pretty, they were bred to be fast.  The breed started off heavily set with a long back and an over-sized head, often with a roman-nose, found only in shades of brown with the odd black and very occasional grey, known as a rarity. Over the years the bloodlines have improved and changed.  Today, your general Standardbred is athletic with a long, sloping and strong shoulder, deep chest, a long under-line, a short, strong back and strong hindquarters and a proportional defined head.  Many greys and blacks are found and the breed can even be found in buckskin, roan and pinto.  The breed is continuing to prove itself in the show ring, including against other horse breeds.  Of course the breed can still be found with unfortunate appearances, but as can all breeds. 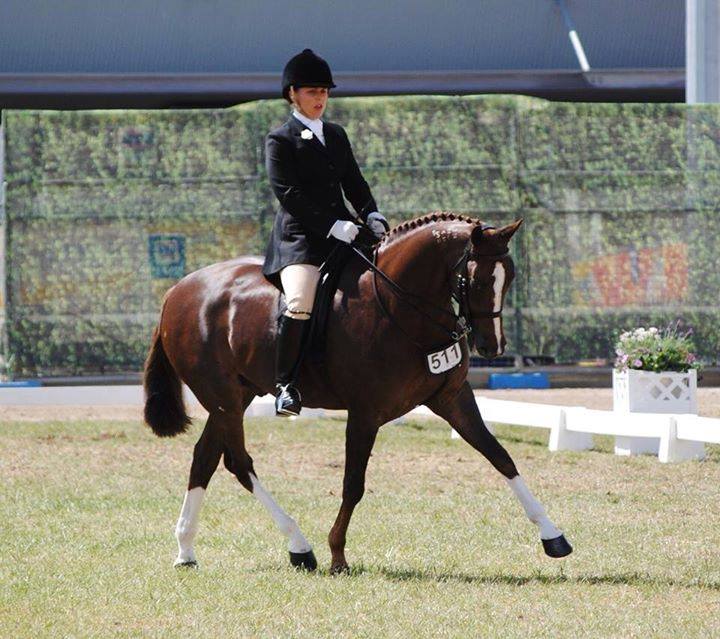 While some pacing-bred Standardbreds pace from foals, the majority of them prefer to trot and canter- Hobbles were invented for a reason after all.  Some raced Standardbreds require more training, but most are more than happy to trot and canter under saddle once they understand what you're asking; In fact many ex-pacers won't pace at all off the race-track.  The breed generally has a long, swinging walk and a straight-moving, huge elastic trot that oozes potential.  Due to straighter hocks and generations of breeding, the Standardbred does tend to have a smooth but flat canter that requires extra schooling in comparison to non-gaited breeds.  Most, like all horses, are able to achieve a balanced canter with time and Standardbreds have been seen competing to a decent level of dressage.  'Jo Pa's Tycoon' is a horse who excelled in this discipline. 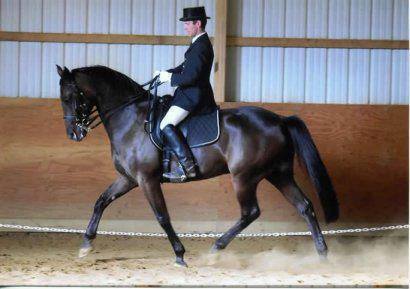 Jumping is a discipline Standardbreds tend to do well at, achieving good results even before their breeding was improved.  With their athletic build and strong back and hindquarters, it only makes sense that a lot of the breed has tidy, tight knee action and scope to fly high fences.  'Bionic Women' cleared 6'9'' and made it to National's cup.  'High Hopes' was the Pacific Coast Jumper Champion in 1961.  'Primrose' was a show jumping champion of the late 60's and early 70's.  He also jumped 6'9'' on two occasions.  'Non-stop' became a 4-time World's Grand Champion Roadster (1990) and offers as high as $200,000 were offered- and declined for him.  What most people don't know is that the current holder for the most Olympic gold medals in show jumping is a Standardbred x French trotter named 'Halla'. Halla's amazing achievement is yet to be beaten.  Standardbreds are slowly becoming known for their jumping ability and are often crossed to make top jumping horses throughout the world. 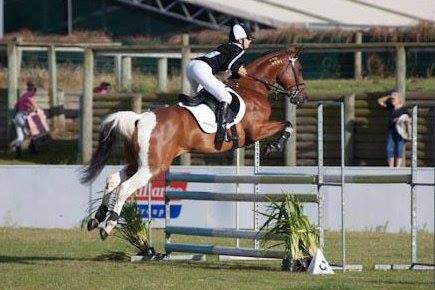 The Standardbred is not only a capable horse for English competition, but an excellent trekking and Endurance horse.  Standardbreds are very commonly used for trekking and with their fast paced walks and excellent heart rates, they're seen competing- and excelling in Endurance, more and more.  The breed has even been seen doing well in Western disciplines.  With their great temperament and willing-to-please nature, they could possibly be one of the most versatile breeds out there.

So, might you ask, why is the breed still looked down upon?  People don't tend to watch and wait for a breed to improve and stereotypes don't die quickly.  What's interesting, is the majority of the people who underestimate the breed haven't had much to do with them because word travels fast.  Due to their low price tag and quiet temperament, they're often found in the hands of inexperienced riders.  This doesn't do the breed any favours when they're taken out to a competition and going around horribly, unschooled for all to see.  More and more able riders are giving the breed a chance and their horses are then labeled as 'exceptions to the rule.'  These horses aren't exceptions.  They're trained. 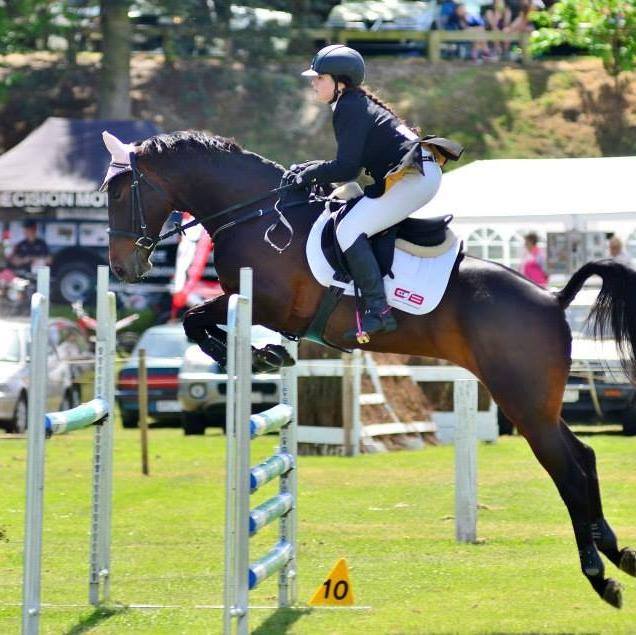 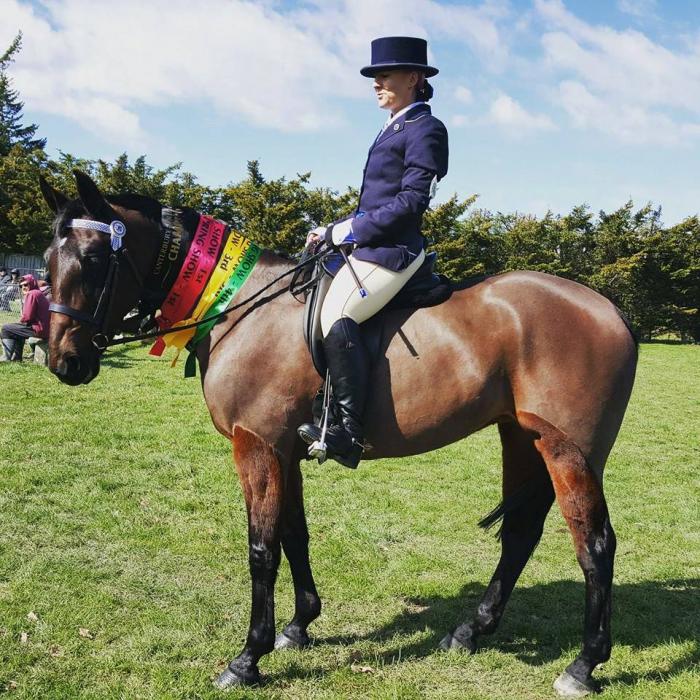