Hi, my name is Maddisyn and I’ve been riding for eleven years. I grew up around horses and mainly had one horse for most of my riding experience, Boston. However last year he was out due to cancer and I didn’t plan on giving up riding after him.  My mum knew I wanted to start eventing and competing again but it was very difficult for us because she was a single mother working two jobs so we couldn’t really afford another horse who would be capable of doing hardcore eventing. So, at first my mum bought a young horse for me named Jess who was quite problematic.  I wasn’t experienced enough to handle her.  We ended up selling her on after a few months and then we were offered Rosalie.

Rosalie was my Aunty’s horse who she competed at Eventing 3* level but a few years ago.  I’d always admired my Aunty Helen because of how much of an amazing team her and Rosalie were!  But Rosalie was a bit old to do the big heights anymore so my aunty put her into foal.  After Rosalie gave birth to her baby, she was given to a friend who ended up leaving her in a paddock to get bored and lonely.  This is when Rosalie was offered to me.  After Jess I’d lost so much confidence in my riding and I wasn’t sure how well I’d go with the next horse I’d get.  But when my mum told me we were getting Rosalie I was so excited because I’d seen what Rosalie has done and I knew she would help me gain confidence again and I had a small hope that I’d be able to do the occasional show on her as well.

This turned out to be correct.  Ever since I got Rosalie we’ve been going to clinics and shows and I’ve had an amazing time with her.  She’s definitely my horse hero because she gave me back my confidence in my riding and she helped me improve immensely from when I was just a paddock rider.  I love her so much and I can’t wait to see where this year takes us 💕 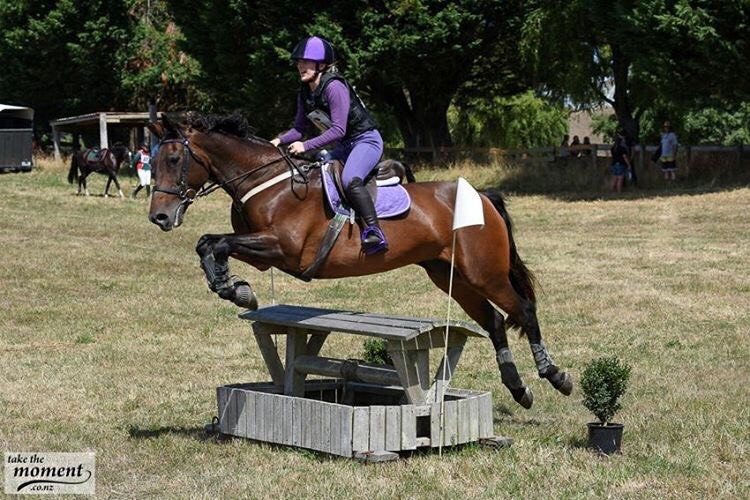